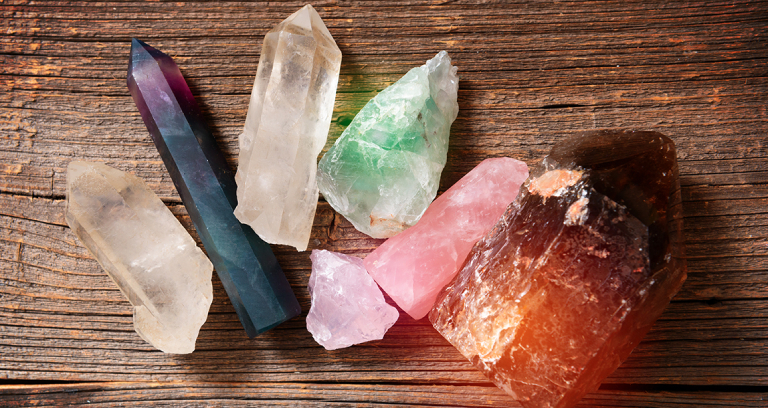 Every iota of the earth is made of energy. Gemstones and crystals have it too. The unique molecular structure of each stone emits its own specific vibration, giving it a signature energy field.

It is this field of energy that is tapped in crystal healing. When the strength of the crystal interacts with ours, it affects our emotional and physical body which helps in healing.

That’s the concept of crystal healing. Now let’s dive into the Crystal healing guide that explains what some of the most powerful stones on the planet work on.

What Do These 4 Gemstones Work on?

AKA: The Grounding Stone

In ancient Greece, the gem was called bloodstone because it had a deep red hue. The shade comes from the high iron content in the stone. Hematite is most used for connecting to the earth and profoundly grounding a person.

AKA: The Stone of Protection

The stone has been prevalent in almost all ancient cultures because it is the oldest stone that is known to humankind. For centuries, it was revered by Kings, rulers, shamans and healers. Turquoise is known for imparting wisdom and protection.

AKA: Stone of Inner Stability

Agate is one stone that comes in almost all colours, from nearly clear to boldly banded. Wearing it is said to improve the mental functionality of people because it helps clear thoughts. It is often recommended when someone is writing, thinking of communicating well or going to give an important test.

AKA: The Stone of Opportunity

This stone is a variation of quartz. It is associated with a lot of luck, assistance, and prosperity. It is most prescribed for those who are diving into new opportunities or those who are in search for abundance!

When To Wear These 4 Crystals?

AKA: The Stone of Truth

Like turquoise, lapis lazuli is another ancient blue crystal that has been sought after for years. For long, it was connected with luxury, the rich and the royalty. Today, it is worn for wisdom and good judgement because of its celestial properties.

AKA: The Love Stone

The name says it all. The pink-hued quartz works on the heart chakra and is known for releasing emotional pain and healing a person deeply. It also expresses unconditional love for others and yourself. Beyond the heart, the rose quartz is associated with lowering blood pressure and bettering circulation.

AKA: The Money Stone

Money, wealth and gold, that’s what the yellow coloured quartz is connected with, but for healing, it is used for a completely different purpose. It is said to aid digestion and reduce nausea by stimulating metabolism. Sometimes it is even applied to strengthen nerve impulses and help the brain work more sharply.

Considered as the stone of gods in ancient India, moonstone has a deep connection to feminism and, of course, the moon. It is not only regarded as sacred in some cultures but also regal. Today, it is worn to create harmony within a person. It is also said to increase intuition. 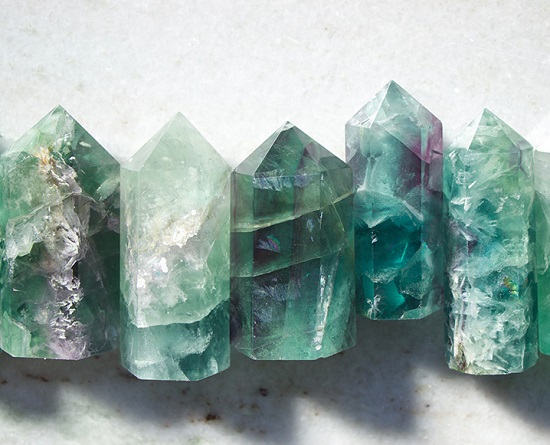 How Do These Four Gems Help?

AKA: The Stone of Positivity

One of the most powerful gems, though often underrated, it sucks any negative energy from the body along with any low vibrations. Therefore, it creates space for positive and light energy. Fluorite comes in several colour variations.

AKA: The Grounding Stone

The stone has been long said to be used by shamans and magicians because it is the most potent talisman of protection. Found in every continent on earth, the stone is used to create a psychic shield around a person’s energy. It helps combat any negative source of energy in their field.

AKA: The Spirit Stone

This is the most commonly recognised gem because it is considered the window to the metaphysical world. The stone increases the flow of chi energy in the body, making it a master healer. It also helps by stimulating the circulatory system and the immune system.

The last stone that we talk about is the master mineral. It is the one stone that doesn’t need any charge. Selenite is used to recharge other crystals and cleanse them. The stone is found in salt lakes and seas that have evaporated most often near Brazil and Mexico. It is also the most abundantly found crystal.

We hope the crystal healing guide to the 12 crystals that are popularly used in treatment comes in handy to you!

Know More About : 4 Crystals And The Type Of Healing They Offer