How Does Crystal-Healing Therapy Benefit Us 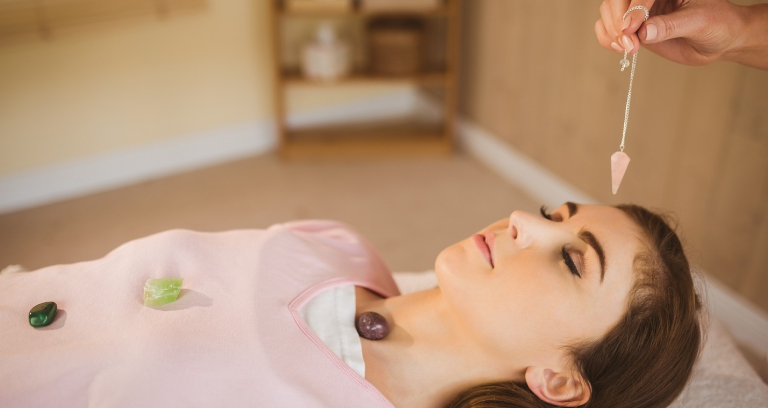 Crystal healing therapy is a complementary treatment method that has roots dating back to centuries when civilizations were establishing their holds. Early Egyptians believed crystals to be marvellous rocks that helped to oust evils and guard their health. Not only Egyptians, ancient Greeks, Chinese as well as Mexicans too cherished the use of crystals both as a treatment method and for jewellery. The crystals find themselves mentioned in various religious texts as well. However, the emergence of the renaissance era or the age of enlightenment greatly affected the popularity of crystals as a healing therapy.

Thanks to the advent of new-age culture, crystal healing therapy regained their lost prominence in the later 20th century. Hundreds of celebrities vouch for the crystal’s efficacy in healing and protecting the body naturally. The treatment has successfully gained acceptance amongst people irrespective of religion and spiritual beliefs. What makes this stone therapy a widely acceptable complementary therapy? To know that and to gain insights about its great benefits, continue reading the following sections.

Crystals and the fantastic benefits of the rocks in complementary therapies

Crystals are believed to have the ability to interact with the energy flowing in the human body and help realign the energy channels to propagate the energies in the right path. Some of these stones are assumed to heal specific ailments like indigestion, depression, insomnia, as well as anxiety. The type of crystal or method of therapy is suggested by a crystal therapist who analyses ailments and the associated energy points that need to be stimulated.

According to ancient Indian beliefs, there are seven energy points or ‘chakras’ throughout the human body. Chakras are the energy points that connect body, mind, and spirit. The beliefs are also prevalent that the primary reason for ailments is when there is any interruption in these chakras. In Crystal therapy, crystals help in stimulating the weak energy points and aid in healing the condition. It is believed that the electromagnetic charge present in the crystals emanates healing vibrations, which helps in removing the interruptions and thereby facilitating the free flow of energy. The crystal therapies are carried out mainly by wearing the precious stones as bracelets or necklaces or by placing the rocks in your workspaces or your bedroom. The following section gives you a quick tour of seven chakras and their effects on health. 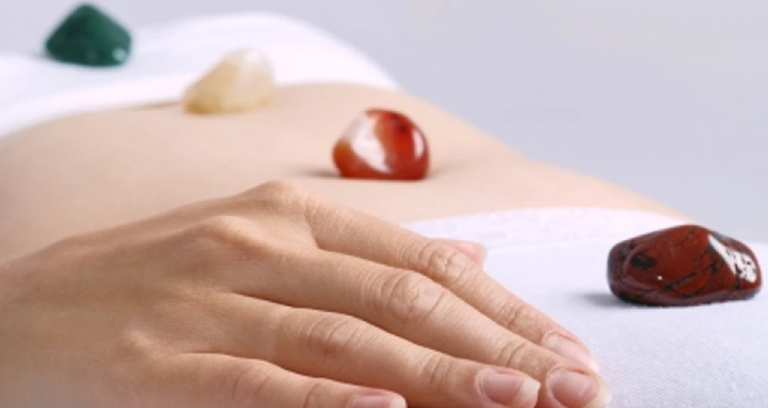 Located in the base of the spine, this chakra controls the feeling of safety, basic needs, and security. It is essential to open up root chakra to eliminate the sense of fear, reduce anxiety as well as to heal colon problems. Crystals like black onyx, hematite, and Smokey quartz are associated with the root chakra.

Associated with creativity and sexual energy, the interruption of this chakra leads to extreme tiredness and depression. Tiger’s eye and sunstones are linked to sacral chakra healing.

Located in the naval area, this chakra is responsible for power and self-esteem. Anger and digestive issues can be sorted if solar plexus is working fine. Jasper or pyrites are used to help heal this chakra.

The heart chakra is responsible for the well-being of the lungs and endocrine system. Rose quartz and Aventurine are associated with this chakra.

The throat chakra is associated with confidence and prevents you from talking hurtful things. Physically the blockade of chakra can cause problems with the thyroid. Aquamarine and sodalite are crystals associated with crystal healing therapy.

Third eye chakra rules your head, eyes, lower brain, and pituitary gland. Issues with this chakra can disrupt your learning skills. Amethyst, fluorite and lolite are some crystals used to heal issues of third eye chakra.

Located at the top of head, problems with this chakra can lead to emotional stress and isolation. Quart, Amethyst, and moonstone are used for crystal healing therapy of crown chakra.

Know More About : The Powerful Crystal Healing For Cancer